We’ve extended our sale — shop the Marketplace and get 40% off all items!

Heraldry is in use everywhere in the SCA – from brightly colored pennons & banners flying in the breeze, to tabards and painted shields borne by fighters on the field. 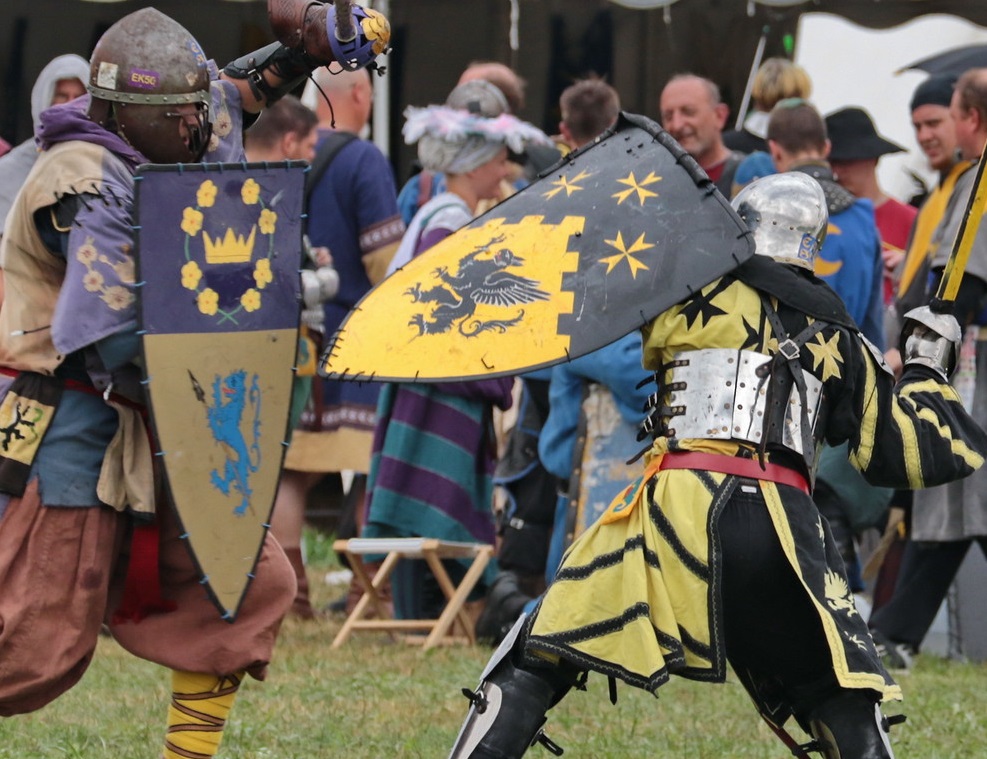 Your SCA heraldic device is essentially your personal “logo.” On a banner, it lets everyone know you’re at the event. On a shield, it identifies who the fighter on the field is. On a tabard or tunic, it tells who is wearing the clothing.

Each SCA Kingdom has a Principal Herald (Chief Heraldic Officer) with a number of deputies who manage the duties listed below. Local SCA groups also have heraldic officers, known as “Pursuivants”. Heralds and Pursuivants can help you design your own unique device, and then register it with the SCA College of Arms.

Heraldry in the SCA

“Voice heralds” – crying out announcements, announcing the fighters entering the list field, and acting as the voice of the nobility in court, reading the scrolls that accompany the awards being given out.

“Book heralds” – helping members of the SCA to research period names and design devices (armory), and registering them with the SCA College of Heralds.

“Protocol heralds” – recording the awards and honors that are given in court, drafting period-style ceremonies for use in court, and determining the precedence of award holders and other legal niceties in all sorts of situations.